Aslan competing in the 2013 AKC Nationals Challengers Round in Tulsa, Oklahoma.

Aenon at his first Nationals – 2017 in Perry, Georgia. 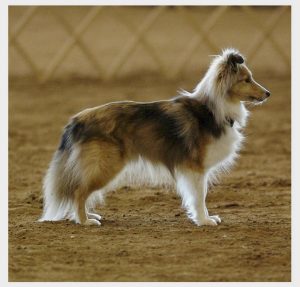 Aslan standing at the start line. 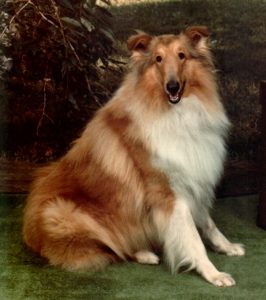 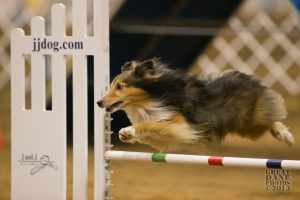 Running Asher was like handling a flame thrower. I so miss what it felt like to run this dog. Such power. The bit at the end is all Asher.

Just six months after my second kidney transplant in 2009, Aslan and I were racking up the Qs at a local trial. I was a bit rusty still, but he overcame my handling flaws. 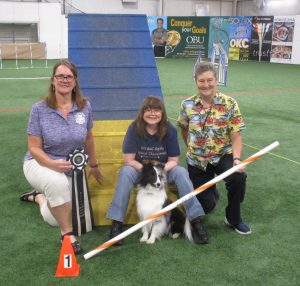 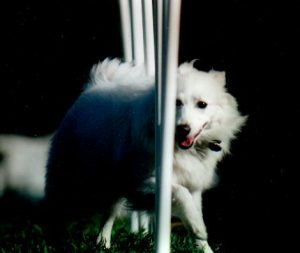 Laika weaving in 1998 or 1999. She loved backyard agility and looked white smoke in the poles.

This is the only video I have of Laika doing agility. It was taken at the City Dogs training field in 2008. She was ten and long past her agility career, but she loved to play agility in the field. She rocked to the end. I miss my Eskimo. 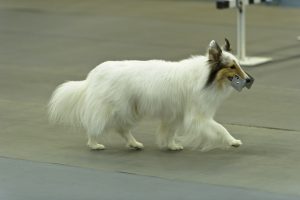 Jericho returning the correct dumbbell during the sent discrimination exercise in the Graduate Open class. He was really good at obedience, but unfortunately, I didn’t have time to devote to it. Around 2006.

Jericho was mostly deaf. Because of this, I couldn’t run him. With my disability, I was too slow, and he couldn’t hear me when he got too far ahead. So my dear friend, Ann, took over Jericho’s agility career, and they had so much fun together. Ann chose this song to represent what it felt like to run Jericho. Just a few short years later, and both Ann and Jericho have passed away. Now, the song holds a completely different meaning for me. Understandably, this video makes me teary. What a wonderful team they made. I miss them both terribly.

If you asked Asher what his favorite week of life was, I guarantee it would be this. 2015 Nationals. 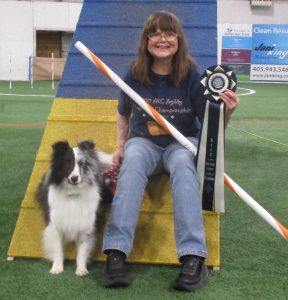 Kristin and Aenon with their MACH ribbon and MACH bar.